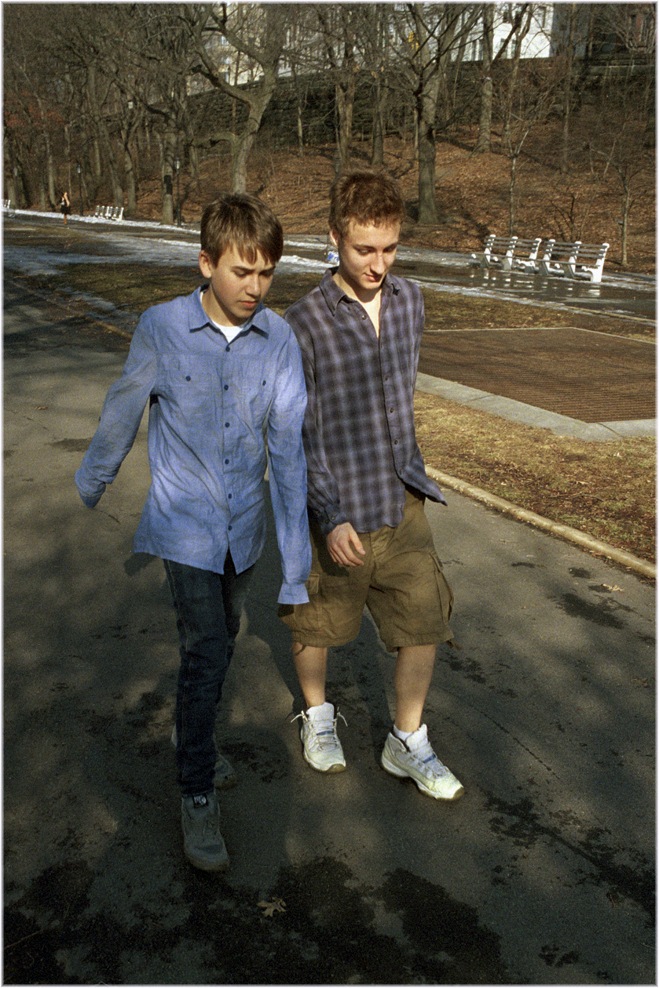 When I took this picture in Riverside Park, I had just finished smoking a small but succulent cigar with my friend Dave Beckerman, a talented photographer, who had recently given up smoking cigarettes. When I was a teenager like these kids, I would have to keep my eyes peeled for cops, if I were to smoke something. As of today, mayor Bloomberg has imposed a new anti-smoking law which many feel is unfair, and others are celebrating. I don’t want kids to start smoking cigarettes and cigars are too strong for most kids and most women. They are either loved or loathed by all. I haven’t done shit worth spouting about, but plenty of older men have been sitting on a park bench and enjoying their tobacco for decades. Many of them served in the second world war or Korea. Others Vietnam. Most have paid their dues one way or another, and deserve the pleasure of sitting in the park and puffing their stinky cigars and deadly cigarettes, while they read their newspapers. I think that if one occasionally smells a whiff of tobacco in the air, they will most probably be no worse for the wear. Now for the first time in decades, I will have to break the law if I want to smoke a cigar, and I don’t like it… Very few people like cigar smoke, so very few will feel a bit of concern for my plight. That’s cool. I may not deserve sympathy, but the oldtimers do…