Linda had had a hard life…She would be the first to admit that she made some bad choices along the way. Once upon a time, she was a nice little Jewish girl like any other kid. Then the street took a toll on her in a big way. Her family gave up on her and she was homeless for many years. Recently a social worker got her on her feet again and she has a little cottage in rural New Jersey. She misses all the people she knew in New york, but also knows that the old “monkey on her back” might become a problem if she spends to much time haunting these streets again…

Chuck also was known as Lisa. He wished he was a she. I remember watching him shoot some dope in my local subway station once as I waited for the train. Despite the fact that I was shooting for a subway book, due to personal reasons I couldn’t take the shot of  Chuck and his needle. I have no problem taking pictures of junkies nodding, because I’ll show a collection to my kid one day in the hope that it might be a deterrent of sorts. Maybe it’s like the war photographer who can shoot piles of dead bodies, but when faced with a chance to record a firing squad at work, is unable to steady the camera…Maybe not. 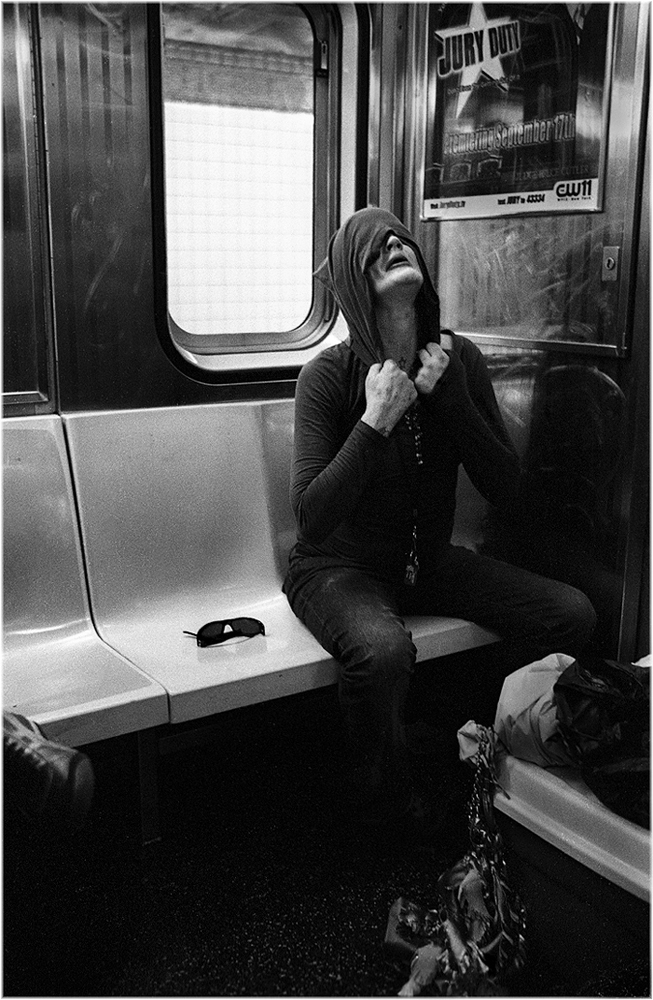